However, despite the importance and relevance of how a country’s interest affects its currency, there are some other key factors at work that determine the overall financial condition of a country in regards to others.

Higher interest rates for a country typically means that it will attract overseas investment, which will increase the demand for and the value of the country’s currency. However, on the other hand a country that has lower interest rates will be seen as an unattractive investment opportunity by foreign investors, due to the low yield and this will decrease the currency’s value over time.

Inflation is seen as the rate at which the general level of prices for goods and services are rising, as well as the purchasing power of a currency. High interest rates are used to curb the rate of inflation in order to prevent a currency from losing too much purchasing power, rendering the country’s money supply useless. G10 countries normally have an inflation rate of around 2%, which they aim for every year, but if the figures come back that a country has overshot its target then it is likely that the central bank will be keen on increasing rates to balance things out.

Another important thing to consider when dealing with interest rates is a country’s balance of trade between imports and exports, which can be a crucial factor in establishing a currency’s value. If a country has greater demand for its products, it means that there is a greater demand for the country’s currency as well because other countries must first purchase the local currency to purchase the products. Whereas if a country is experiencing a period of less demand for exports of products then the demand for the currency will fall.

Simply looking at a countries interest rate isn’t enough in determining whether the value for that particular currency is likely to rise or fall, because there are many other factors that are at play. A country relies on the change of its interest rates, but the interest rates depend on other factors such as inflation and trade figures, so it is important to keep up to date with these sorts of figures in order to best understand how a country might respond, whether that be to rise or drop interest rates.

Earning report season and how to trade it 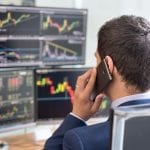